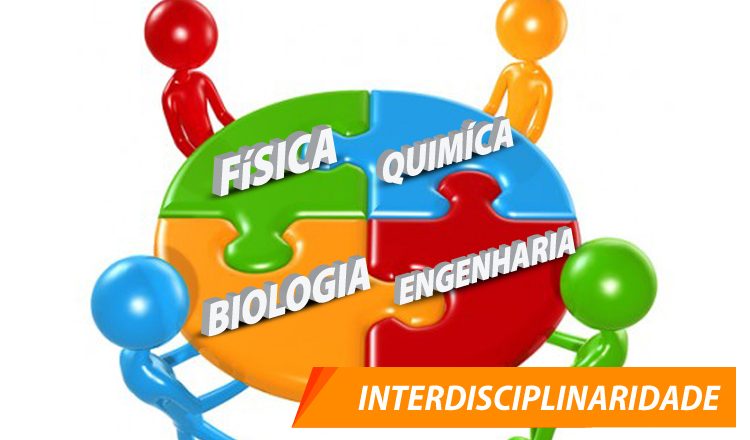 The growing social and technological development of the contemporary world has generated increasingly complex issues for scientific and technological advancement. Interdisciplinary academic performance can undoubtedly be considered an important means of understanding and overcoming these new challenges. A representative consequence of this new perspective is the integration of disciplinary areas of knowledge such as Physics, Chemistry, Biology and Materials Engineering in the context of Nanoscience and Advanced Materials in an interdisciplinary approach.

The graduate Program in Nanosciences and Advanced Materials (PPG-NMA), in the face of the so-called crises of modernity that occurred throughout the 20th century, has been working on the “new knowledge” generation perspective and used some emerging disciplinary intersections, with the aim of responding to destabilizing issues arising from these crises and advancing the frontier of knowledge.

In this sense, the PPG-NMA, created in 2007, among the first of the Federal University of ABC (UFABC), has contributed, in an interdisciplinary way, with scientific, technological and social progress. The PPG-NMA has been developing experimentally new advanced functional materials; Seeking to understand their properties and proposing solutions that can replace, with benefits, their traditional versions, in order to promote a deep and positive impact for society. In addition, theoretical aspects used in computational simulation processes have been essential to the understanding of phenomena, properties and prediction of new systems.

The Program realizes that in this contemporary scenario, it has been necessary to deconstruct the frontiers of scientific knowledge and, consequently, to strengthen the stimulus to dialogue between different areas of knowledge. The re-signification of historical facts not only allows the construction of new knowledge, transformation and development of new processes and products, but also in the formation of human resources capable of facing this new scenario.

Consistent with the transition to the 21st century, society has been perceiving the emergence of the immaterial, which is the economic object that reconfigures the way of life of the human being and the new spaces of culture, science and education, economics, social relations and World of work. In this scenario, it is believed that nanoscience / nanotechnology and advanced functional materials can contribute significantly to the generation of knowledge and technological innovations, be they theoretical or practical. The PPG-NMA has been working on two main lines of research – Nanoscience and Nanotechnology; Advanced Functional Materials; For this, counts on Physicists, Chemists, Biologists and Engineers, among others.

The Program seeks the formation of eclectic Masters and Doctors, versatile and with a larger scientific repertoire, making it compatible with the new researcher / worker profile of the future. Its faculty has worked in an inter and multidisciplinary way, seeking to change the trajectories of the graduates of the Master and Doctoral courses. In this sense, the training processes seek to integrate the looks of several areas of knowledge and has allowed significant advances in Science and Technology.

The studies and research that have been developed in this Postgraduate Program do not only consider the prefix “inter” (of the interdisciplinary word); Seek to go beyond a plurality, a juxtaposition, a common space or a factor of cohesion between distinct knowledge through collaborative research and group work. This posture encourages the specialists of the different areas to be involved in a theme – a common will for the construction and development of new knowledge. What is important is that each of us accepts to strive outside his own domain and his own technical language to engage in a domain of which he is not an exclusive owner. The PPG-NMA presupposes that students seek a change in their previous conceptions and, throughout the disciplines, group work and their research, seek the production and generation of new knowledge, advancing the frontier of knowledge.

New paths have been put to students in favor of internationalization, which has broadened the interactivity of our institution with the world. In addition, there is concern about respect for local contexts, which has led to an increase in the flexibility of training processes. This process of internationalization helps to consolidate a new dimension of the contemporary educational reality of the Program, and has brought issues such as flexibility, interdisciplinarity and non-formal training processes. This picture corroborates with the literature on interdisciplinarity, that is, the PPG-NMA has been committed to seek to overcome the fragmented vision in the processes of production and socialization of knowledge.

Within this challenging, stimulating and profitable scenario, the Federal University of ABC was the first Brazilian university to create a bold and innovative Interdisciplinary pedagogical project. The pedagogical project of the Bachelor of Science and Technology of UFABC, based on an interdisciplinary training, aligns, trains and promotes the graduate Program in Nanosciences and Advanced Materials. The PPG-NMA was conceived with the mission to train Masters and Doctors imbued with the commitment to develop research at the international level and at the frontier of knowledge with an interdisciplinary approach. The permanent staff and collaborators of the PPG-NMA combine young and experienced researchers trained in different areas of knowledge that maintains intense research activity and collaborations with important national and international centers.