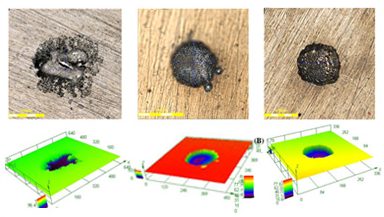 The possibility of large scale utilization of hydrogen as energy carrier depends on the convenient solution of several technological problems. One of the most challenging is to find a safe and feasible way of storing this gas for subsequent utilization in fuel cells [1,2]. Metal hydrides have been considered as interesting candidates for hydrogen storage, but the search for hydrides which fulfil all the technical requirements for hydrogen storage applications is far to be a simple task, remaining an open question so far. Among others, magnesium hydride (MgH2) has attracted great attention from the scientific community as potential hydrogen storage material mainly because of its high gravimetric hydrogen storage capacity (7.6 wt%) and relative low cost of magnesium. In opposition, the slow reaction kinetics and high temperatures needed for hydrogen absorption and release have been hindering its practical use [1e3]. This slow kinetics is especially important during the first absorption (activation) of hydrogen by magnesium. The activation of magnesium normally takes several hours, even days and requires high hydrogen pressures and temperatures above 400 C. 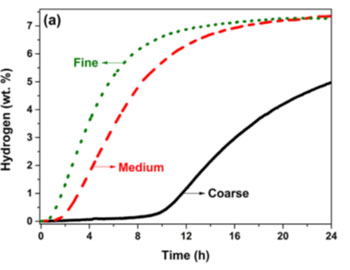 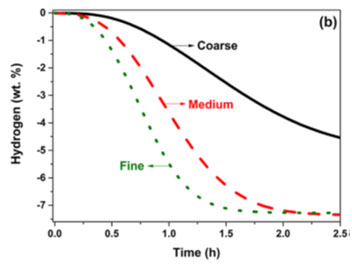 Kinetic curves for the (a) first hydrogen absorption (activation) and (b) desorption, and second absorption of manual filed magnesium samples. 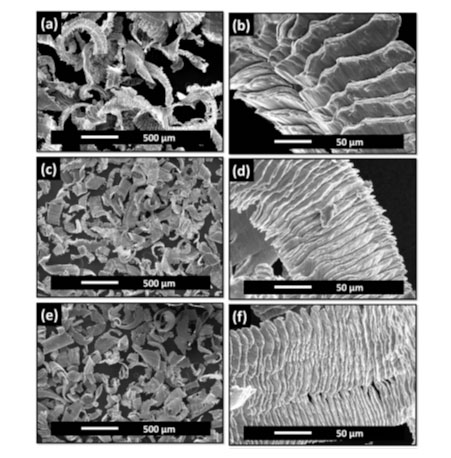 SEM images of as-prepared coarse (a and b), medium (c and d), and fine (e and f) magnesium chips. 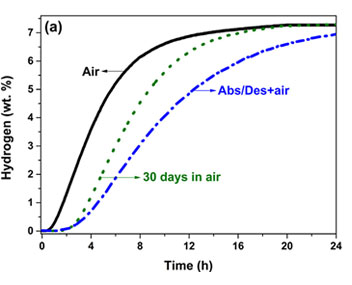 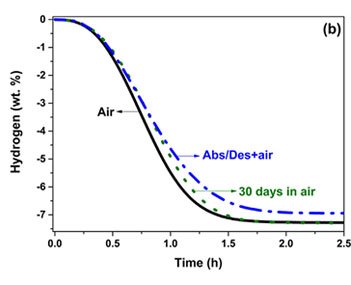 Niobium oxide films have attracted much attention in materials science in the past few years. NbO, NbO2 and Nb2O5 are the most stable phases, being niobium pentoxide the one with the lowest Gibbs free energy of formation between them and, hence, the most thermodynamically favorable to form. The growing interest in Nb2O5 arises from its applicability in several advanced devices such as sensors, solar cells, capacitors and smart windows and. In these devices electronic and optical properties of Nb2O5 films such as photoelectric and photocatalytic activity, high permittivity, high refractive index and transparency in the UV–vis–NIR region have been advantageously exploited to produce a variety of optical devices. Furthermore, high wear resistance, good thermal stability and biocompatibility have been reported as attributes that widen the engineering applications of Nb2O5 layers to additional areas such as biomedical devices and barrier coatings. 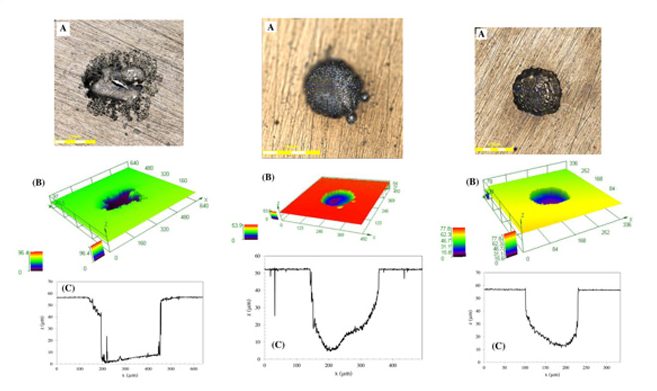 CSLM images of corrosion pit formed on the surface of 15 min-coated sample: (A) 2D-image; (B) 3D-image; (C) transverse profile

CSLM images of corrosion pit formed on the surface of 30 min-coated sample: (A) 2D-image; (B) 3D-image; (C) transverse profile.

Ceria based compounds are used in a broad range of technol- ogies such as catalysis, environmental, electromechanical, electrochemical, and various emerging energy technologies. Such an extensive use of these materials is due to the unique combination of different properties such as high ionic conductivity, mixed electronic and ionic conductivity, and large oxygen storage and exchange capabilities, which are all linked to the ability of the materials to undergo rapid Ce3+/Ce4+ redox cycles and form oxygen vacancies. Moreover, ceria solid solutions usually show exceptionally high chemical stability, even in extremely harsh and corrosive environments, in the presence of sulphur or at very high operating temperatures.

The valence and size of cations influence mass diffusion and oxygen defects in ceria. Here we show that reduction of Ce4+ to Ce3+, at high temperatures and low oxygen activity, activates fast diffusion mechanisms which depend on the aliovalent cation concentration. As a result, polycrystalline solid solutions with enhanced electrochemical properties are formed.

The mass diffusion in aliovalent (i.e. Gd in 0, 0.1, 10 and 30 mol%) doped ceria is investigated in this work. Since mass diffusion in ceria is drastically inuenced by the solute drag effect, the combined effects of chemical reduction from Ce4+ to Ce3+ and Gd3+ dopant concentration result in signicant vari- ations of mass diffusion mechanisms. In particular, consistent with the solute drag theory, in highly defective ceria obtained at high temperatures (1400 C) and low oxygen activity (10 31 < pO2 < 10 12 atm), these lead to opposite effects of inhibition of densication and grain growth in pure ceria and low dopant concentration (0.1 mol% Gd2O3) and fast densication and grain growth at a high dopant concentration (10 and 30 mol% of Gd2O3). The nal result of the thermal and chemical treatments is a set of solid solutions whose electrochemical properties do not depend on the microstructure or on the nominal dopant concentration. 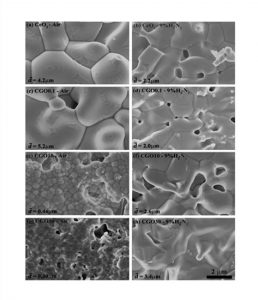 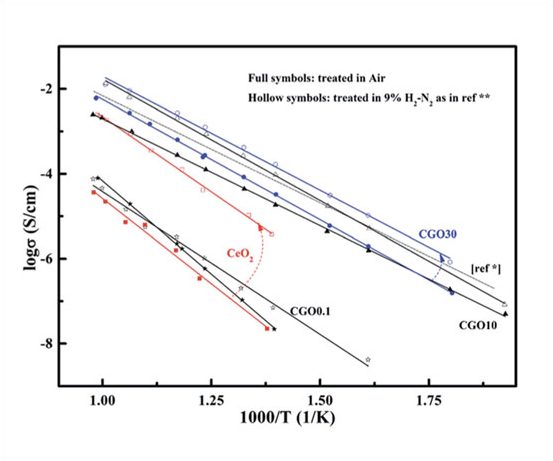